The pearl necklace down her neck cascaded as she ascended the stairs. The oak steps across the fireplace held the essence of her home’s memories. It had traces of every instance that happened until then in that paradise. As each pearl fell on the wooden step, she was sacrificing her minutes particle by particle. She could feel her life shrinking and each of her nerve evaporating into nothingness. This mental state certainly did curb her peace of mind. Little did she know that her own deadline was being elegantly drawn by her. Holy words fell from her lips so as to contain the fear. The huge wall clock chimed thrice marking the mid noon- she hasn’t slept yet, it just bloomed on her. Without even collecting the rich scattered pearls, she strode into her room and laid under the thick linen bed sheet. The huge mirror that stood across the bedpost, now seemed to be a curse which was once her pride;a young lady’s materialistic asset. Her husband bestowed her a liability- she can sense it now. Every line of wrinkle on her face was being reflected back drenching her in a state of panic. The linen sheet was dragged upon her face to cover her ageing: the bitter reality, trying to escape the future. The red Anthurium flowers kept in the ceramic vase near the window sill exposed the contrast; the freshness she craved for. She was jealous of young flesh. She wanted to correct every immature thing she did in her days of freshness. How foolishly her ego superseded her conscience when she was young- she worried. High hopes were intact that she could erase all the naive times which were haunting her then.

The clock was ticking solely for her, counting her deadline; she was immersed in these thoughts as four times the clock’s chime intruded her. Spending her every second regretting about her past, she was freshly creating memories to regret about ahead, again becoming the producer of non degradable garbage. She was unaware, still an immature wrinkly baby dooming herself to a life of fret.

She just mastered the art of creating elegant traps. 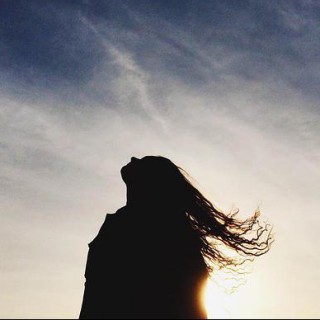